Maya Mikhaylovna Plisetskaya (born 20 November 1925) is a Russian ballet dancer, choreographer, ballet director, and actress, and is considered one of the greatest ballerinas of the 20th century. She danced during the Soviet era at the same time as the great Galina Ulanova, and in 1960 took over Ulanova's title as prima ballerina assoluta of the Bolshoi.

Plisetskaya studied ballet from age nine and first performed at the Bolshoi Theatre when she was eleven. She joined the Bolshoi Ballet company when she was eighteen, quickly rising to become their leading soloist. Her early years were also marked by political repression, however, partly because her family was Jewish, and she was not allowed to tour outside the country for sixteen years after joining the Bolshoi. During those years, her fame as a national ballerina was nevertheless used to project the Soviet Union’s achievements during the Cold War. Premier Nikita Khrushchev, who lifted her travel ban in 1959, considered her "not only the best ballerina in the Soviet Union, but the best in the world."

As a member of the Bolshoi until 1990, her skill as a dancer changed the world of ballet, setting a higher standard for ballerinas both in terms of technical brilliance and dramatic presence. As a soloist, Plisetskaya created a number of leading roles, including Moiseyev’s Spartacus (1958), Grigorovich’s The Stone Flower (1959), Aurora in Grigorovich’s The Sleeping Beauty (1963), Alberto Alonso’s Carmen Suite (1967), written especially for her, and Bejart’s Isadora (1976). Also among her most acclaimed roles was Odette-Odile in Swan Lake (1947). A fellow dancer stated that her dramatic portrayal of Carmen, reportedly her favorite role, "helped confirm her as a legend, and the ballet soon took its place as a landmark in the Bolshoi repertoire." Her husband, composer Rodion Shchedrin, wrote the score to a number of her ballets.

Having become “an international superstar” and a continuous “box office hit throughout the world,” the Soviet Union treated her as a favored cultural emissary. Although she toured extensively during the same years that other dancers defected, including Rudolf Nureyev, Natalia Makarova and Mikhail Baryshnikov, Plisetskaya always refused to defect. Since 1994, she has presided over the annual international ballet competitions, called Maya, and in 1996 she was named President of the Imperial Russian Ballet. 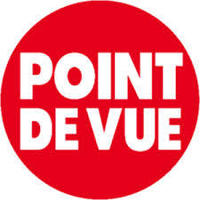