John Casablancas (December 12, 1942 – July 20, 2013) was an American modeling agent and scout. Casablancas founded the Elite Model Management, a modeling agency, in 1972 in Paris, France. Elite proved to be a success, grossing nearly $100 million in annual model bookings during the years that Casablancas ran the day-to-day operations of the agency.

Casablancas was born in Manhattan, New York City, on December 12, 1942, the youngest of three children of Fernando and Antonia Casablancas. His parents had fled to the United States to escape the Spanish Civil War during the 1930s.

Casablancas is credited for developing the concept of supermodel, turning models into celebrities that were featured in mass media as personalities rather than just faces. He was a playboy and had multiple relationships with his models.

A resident of Miami, Florida, Casablancas died in Rio de Janeiro, Brazil, where he had been receiving treatment for cancer, on July 20, 2013, at the age of 70. Casablancas was the father of Julian Casablancas, the lead vocalist of the American band, The Strokes. He also had three younger children with his third wife Aline, whom John married when she was 17. 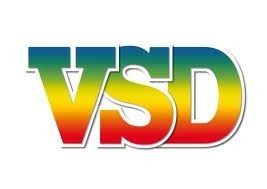