Henri of Orléans, Count of Paris (Henri Robert Ferdinand Marie Louis Philippe d'Orléans; 5 July 1908 – 19 June 1999), was the Orléanist claimant to the throne of France as Henry VI from 1940 until his death.

He was born at the castle of Le Nouvion-en-Thiérache in the Aisne department of France to Jean, Duke of Guise (1874–1940), and his wife, Isabelle of Orléans (1878–1961). He grew up in Morocco and attended the University of Louvain. In 1926, he became the Dauphin of France in pretence after his father became the Orléanist claimant to the throne.

On 8 April 1931, he married Princess Isabelle of Orléans-Braganza. The wedding was celebrated in Palermo Cathedral in Sicily, the same church where their mutual ancestors, Louis Philippe of France and his Queen Maria Amalia, married in 1809. Guests at the wedding included official representatives of the Italian, Greek, Belgian, Danish, Spanish, and British Royal Families. The Count and Countess of Paris were the parents of eleven children and separated in 1986.

During his tenure as pretender to the throne, Henri dissipated the majority of his family's great wealth, selling off family jewels, paintings, furniture and properties to support his political cause and large family, as well as establishments in Belgium, North Africa, Brazil, Portugal and France. The family château at Amboise now belongs to a trust he created. Conflict over the division of the family wealth (formerly worth over £40 million) led to court conflicts between him and five of his children, some of whom he unilaterally disinherited.

In 1984, Henri declared that his son, Henri of Orléans, had lost his rights of inheritance because he had divorced his first wife and married a second time, outside of the Roman Catholic Church. Henri gave his son the lesser-valued title comte de Mortain in place of comte de Clermont, and removed him from the line of succession. After a couple of years, Henri reinstated his son with his previous titles, including reestablishing him as heir and gave his new wife, Micaela Cousiño Quinones de Leon, the title "princesse de Joinville".

Henri also disinherited his sons Michel and Thibaut from their rights to the throne, because one married a commoner and the other married non-royal nobility. This decision was later annulled by his son and successor, Henri. Henri's actions over inheritance were never recognised by a number of French royalists who considered it impossible for a head of the royal house to unilaterally disinherit any member of his family, thus in effect these decisions carried little weight.

He died of prostate cancer at Cherisy, near Dreux, France. 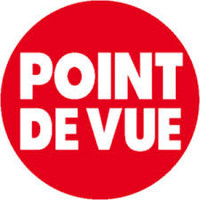